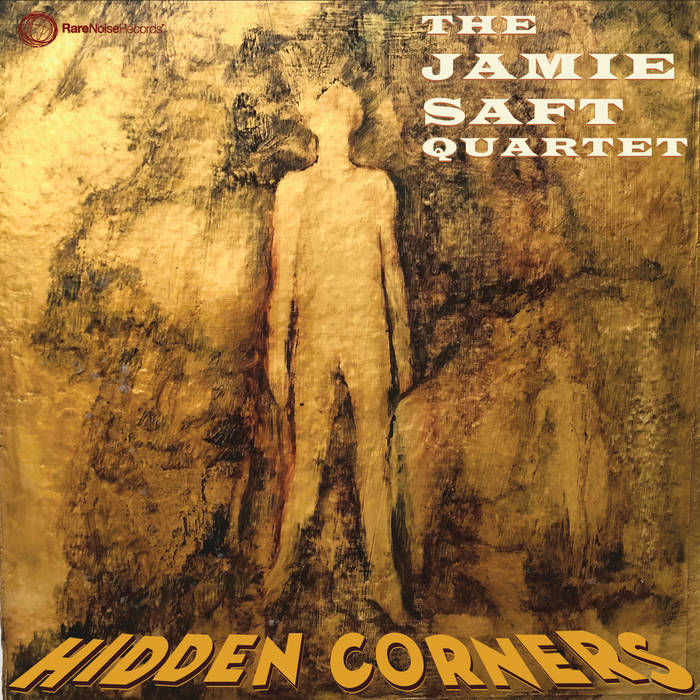 Hidden Corners is the latest manifestation of Saft’s ceaselessly adventurous musical spirit, one that has allowed him to veer across genres with a staggering list of collaborators– a list that includes John Zorn, Beastie Boys, Bad Brains, John Adams, Iggy Pop, Donovan, and The B-52s. This new quartet focuses his intrepid imagination on the realm of the cosmic and consciousness, with results that are mind-expanding as well as sonically exhilarating.

“Hamid Drake, Brad Jones, and Dave Liebman are each masters of conjuring mystical states through music,” Saft enthuses. “The re-arrangement of notes, tones, sounds, textures, timbres – each musician here has the power to transport the listener to higher realms through the music.”

As elusive and strange as it is by definition, the mystical plane is hardly unfamiliar territory for any of these musicians. Liebman enjoyed formative experiences with such pioneers of the audacious as Elvin Jones and Miles Davis and has delved deeply into the work of John Coltrane, while his seeking nature is revealed through the names of his own bands, Quest and Expansions.

In addition to his work with such inventive jazz giants as Don Cherry, Pharoah Sanders, Archie Shepp and Alice Coltrane, Drake has long meshed his musical and spiritual lives. His lifelong study of the Chinese martial art and health exercise T’ai chi ch’uan has long informed his music, which has connected with his thorough investigations of rhythmic traditions from around the world, bringing him together with deep-rooted musical thinkers from master Gnawa musicians from Morocco to blues icons from his hometown of Chicago.

Jones, too, has collaborated with many of the most innovative minds in modern music, including Ornette Coleman, John Zorn, Muhal Richard Abrams, Elvin Jones, Dave Douglas and The Jazz Passengers, with an eclectic resume that includes work with everyone from Elvis Costello to Sheryl Crow to David Byrne. He’s traversed similar terrain in league with Saft in the past as part of the keyboardist’s spiritual jazz/roots reggae group New Zion Trio.

That trio is just one manifestation of Saft’s enduring love for spiritual jazz, which is one thread that has woven throughout the rich tapestry of his multifarious career. He counts albums like Alice Coltrane’s Ptah, the El Daoud and Pharoah Sanders’ Thembi among his most profound influences; the title track of Thembi was a regular part of the repertoire of his high school jazz band, in fact.

“I've been fascinated and inspired by the Spiritual Jazz path for years,” he explains. “Alice Coltrane, Pharoah Sanders, John Coltrane, Albert Ayler – all of these artists seek ecstatic states of consciousness in the music. These transcendent experiences can be traced through art, music, spirituality, exercise and meditation. Jewish Mysticism considers these same paths.”

In his liner notes, the Brooklyn-based rapper and producer Eden Pearlstein – better known as ePHRYME – cites the Sefer Yetzirah, “an ancient Kabbalistic text of unknown authorship” that explores the connections of music and numerology through the letters of the Hebrew alphabet. “Invoking practical methods of vibrational magic found in the Sefer Yetzirah,” ePHRYME writes, “Jamie Saft and his esteemed collaborators take us on a multi-dimensional journey through the 231 Permutational Gates, allowing us passage through the Four Worlds by entrusting us with the Seven Sets of Double Keys, and inspiring us to Turn at Every Moment by revealing the Hidden Corners of Consciousness and Creative Potential concealed within.”

Saft makes the connection between this source of inspiration and those jazz icons who’ve come before: “A critical element of this is Gematria, the mystical aspects of numerology. In Kabbalah, letters have numerical values – mystical numerical values. John Coltrane explored these mystical states within his arrangements of numbers and musical geometry. All of these paths converge at any number of points.”

The session that became Hidden Corners was initially planned to be the latest recording of the New Zion Trio, in this incarnation comprising Jones and Drake. Having crossed paths at countless festivals over the years, Saft invited the drummer to join the band for recent dates, including the 2018 Tampere Festival in Finland. “Hamid is a legend of improvised music,” Saft says. “Yet he has an incredibly broad range of musical and life experiences beyond jazz and improvised music. He’ss worked in every possible style and situation in music, and he comes from New Orleans, where much great American Roots music comes from. This range of experience and breadth of musical knowledge is rare and unique.”

The universe interceded, however, when Saft was enlisted to perform a concert of John Coltrane’s late works with Liebman as the featured saxophonist. “We quickly struck up a friendship and a musical connection,” Saft recalls.

“When Liebman plays there is the greatest depth in every facet of his playing. His sound on his instruments, his tone, is otherworldly. Lieb has a true mastery of harmonic concepts at the very highest level. Suddenly I saw a possibility to connect all these masters together.”

The long histories and interwoven network of associations that Liebman and Drake share – which most recently converged in their trio with master percussionist Adam Rudolph on the RareNoise release Chi – was among the influences that Saft drew upon for the music of Hidden Corners. “Historic associations are important when considering Dave Liebman and Hamid Drake,” he says. “Musicians at this level believe in and understand the transformative powers of music and specifically improvised musical paths. There is a high level of trust at work here- in the process, in our mutual abilities, and in the respect and love we have for each other. So the music is merely a vehicle to continue this conversation amongst ourselves. But always with the goal of creating music that heals the listener. That makes us all feel better.”

The healing intention of Saft’s compositions is evident from the outset, with the transporting opening moments of “Positive Way,” a brief meditative introduction that sets the stage for Jones’ singing, soulful bass melody. The blissful and the combustible meet with the entrance of Liebman’s piercing, muscular tenor. The tumultuous “Seven Are Double” follows, before Liebman switches to his soaring, diving soprano for “Yesternight,” which seems to float atop Drake’s ethereal rhythms and Saft’s crepuscular chords.

The pianist crafts an air of mystery for “231 Gates,” an elusive and shadow-shrouded piece that Liebman investigates with his probing, questioning flute. Jones’ achingly bowed bass combine with the shimmering curtain of Saft’s piano to cast the spell of “Turn at Every Moment,” while the album’s title track feels redemptive and prayerful. With Saft evoking Alice Coltrane’s harp by strumming the strings inside his piano, “The Anteroom” fully conjures the liminal space suggested by its title, with delicate, pointillistic echoes rippling through the quartet. “Landrace” closes the album on a powerful note, its surging rhythm propelling Saft and Liebman into fierce ecstasies.

As these descriptions suggest, it’s ultimately the interactions between these four distinctive voices that makes the music of Hidden Corners so majestic and transformative. “In the end,” Saft says, “it's strong personal relationships that make a session like this work. We are all close friends and colleagues. There is great love and respect all around. These personal relationships make the process of creating music together easy and fulfilling.”

The “Positive Way” mentioned in the title of the first piece is one key to the music’s intent, Saft concludes – the proper mindset, perhaps, for discovering those Hidden Corners where beauty is created. “I'm always trying to make a record that I myself would enjoy listening to. When I'm able to make music with masters at this level, positivity and clarity of purpose are both just always right there in each moment. We follow the path of positivity in the music.”

Mixed and Mastered by Christian Castagno in Minca, Colombia