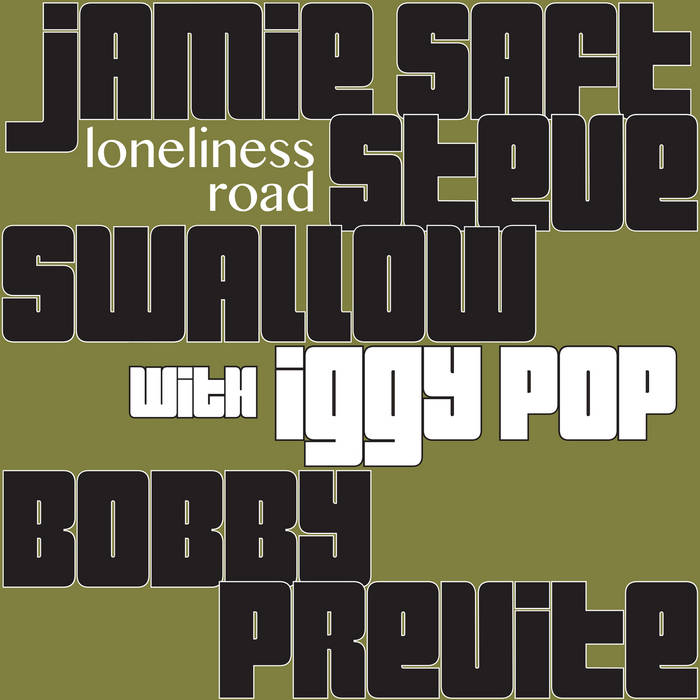 Over a career now spanning nearly thirty years, Jamie Saft has established himself as one of the visionaries of contemporary American music.
As a composer, pianist and keyboard innovator, and collaborator of music icons such as Bad Brains, Beastie Boys, the B-52s, Donovan, John Adams and John Zorn, he has been fearless in his pursuit of spiritual elevation through music that both seeks to embrace the whole American canon, and also transcend it, by seamlessly assimilating genres, traditions, idioms and timelines.

His collaboration with London based progressive label RareNoise, now dating back to 2012, reflects this polymathic approach, as can be gleaned from listening to the array of path-breaking, irreducible recordings he released with them: among these, one of the most successful was a piano trio collaboration with jazz giants Steve Swallow and Bobby Previte- “The New Standard.”

In Loneliness Road, the follow-up album to that acclaimed 2014 release, the trio of Saft, Swallow and Previte are joined on three tracks by singer Iggy Pop.

Saft is quick to point out that Loneliness Road is not simply a jazz piano trio with Iggy Pop added to three tunes. “It’s a deeper concept of original improvised music that transcends genre,” he explained. “I constructed this music on my initial notions of what music I'd like to improvise on with these particular musicians. There was no sense of ‘genre’ in the conception of that music.”

All the elements for Loneliness Road came together in serendipitous fashion. While the intention of including Iggy Pop in the album had been discussed very early by Jamie Saft and RareNoise producer Giacomo Bruzzo, both understood it was by no means an easy objective to accomplish, and that it was all down to the music.

Thus Jamie Saft, Steve Swallow and Bobby Previte proceeded to record the album as a trio June 2016 at Saft's Potterville International Sound Studio in the Hudson Valley of Upstate New York. Knowing that they would be recording to tape and cutting lacquer, Previte even brought his 1965 Rogers Holiday drums to the session, to match the burnished sound of Steve Swallow and Jamie Saft’s deep touch. In his own words: “We obsessed, as we always do, over the sound of the record, but never over the music itself. How music occurs always needs to remain a glorious mystery - an unknowable, unreachable, indefinable and most importantly, unrepeatable, mystery.”

Saft adds that “Rather than try to anticipate what Iggy might add to our tracks and just give him a ‘backing track’, we instead chose three fully-realized instrumental tracks from our session that we thought Iggy might actually enjoy. Through colleague Bill Laswell, whose label M.O.D. Technologies Giacomo is also involved in and who has produced records for Iggy in the past, we reached out: fortunately Iggy expressed interest and wanted to hear the music, which we sent him. Iggy's reaction was swift and decisive — he quickly said he loved the music and was definitely going to do this project. What an enormous honor this message was for me!”

Early January 2017, Iggy Pop recorded his three contributions (‘Don’t Lose Yourself’, ‘Loneliness Road’ and ‘Everyday’) in Miami: “He sent us his very first take of each tune,” says Saft. “He told me he used no music stand or lyric sheet as he was so ready to record these that the words just spilled out. Iggy said though he did many takes of each track, the first takes just ‘had the juice.’ Of course this perfectly aligned with the first take idea we'd used in producing the album both musically and sonically. In Previte’s own words “And Iggy - he took it so seriously. He really heard us.”

While The New Standard was recorded as direct-to-2-track analog by renowned engineer Joe Ferla, Saft enlisted his friend and Grammy winning producer Christian Castagno to record and co-produce Loneliness Road. Once again a fully analog path was chosen, and all tracks committed to tape were first takes.

When asked about the songwriting process underlying Loneliness Road, Saft says that “Many of the pieces I wrote for this album show allegiance to the great American song forms of writers such as Bob Dylan, The Band, Alice Coltrane, Pharoah Sanders, Jimi Hendrix, Charles Ives, Bill Evans, & Miles Davis. Both Steve Swallow and Bobby Previte are brilliant orchestrators - each gesture is in the service of the larger whole. A simple two chord structure such as ‘Ten Nights’ turns into a forward lurching swing epic in Bobby's hands. He channels Tony Williams through massive cymbal techniques. This same brilliance shines through in ‘Henbane’ with Steve Swallow's deep attention to detail within the classic swing feel. A rhythm section at this level allows me total freedom as the primary harmonic voice. I'm always afforded vast open spaces with Steve & Bobby. This is a rarified situation and I feel extremely fortunate for this opportunity each time we play.”

Loneliness Road is indeed the result of a truly collaborative effort: “While I did compose all the music for this album, Steve and Bobby and ultimately Iggy were all able to realize this music with me at the very highest level. Iggy's lyrics and vocal approach are essential to each of the three tunes he contributed to. It's as if they were always there.”

All music written by Jamie Saft and Published by RareNoisePublishing (PRS) except:
“Don’t Lose Yourself,” “ Loneliness Road,” and “Everyday”
music by Jamie Saft and Iggy Pop and lyrics by Iggy Pop
Published by RareNoisePublishing (PRS) and Top Notch Booty (BMI),
All Rights Pertaining to Top Notch Booty (BMI) Administered by BMG Rights Management